In a displacement camp: Christmas 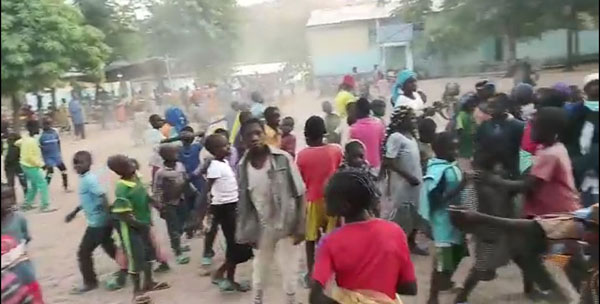 Christmas is a special time for every child, because it is the time for them to receive gifts, new clothes, toys and to eat “festive food”. But, alas, this joy is not given to all … such as children from displaced families! For these, last year, the “Friends of the White Island” (France) and the Caritas colleagues of the Diocese of Maroua Mokolo had contributed to provide a day of Christmas happiness to the children of displaced families in Zamay.

This year again, they helped to put a smile on the faces of 180 children,including 95 boys and 85 girls.

The children of displaced families in Tada, a village not far from Mokolo – a town in Cameroon’s Far North region, near the border with Nigeria, at thefoot of the Mandara Mountains – were chosen. There is a large camp for displaced families.The celebration lasted three days, from 21 to 23 December. The children were given gifts:festive clothes (dresses for the girls and boubou-pantal ensembles for the boys), meals, prizes for the participants and winners of the various games, such as a football match between the displaced girls and those of the Tada primary school, and a match between the displaced boys and those of the Tada private Catholic school. There was also a endurance race, a ballet concert and sketches.
At the end of all these activities, the girls closed the party with a speech thanking all the people who helped them to organise the party, especially the Daughters of the Holy Spirit. The children also composed a song which said that “they have lost their homes, relatives, friends, but thanks to the generosity of the DHS and many generous people, they find the joy of being considered among the living”. They call out for those of them who do not go to school. They thanked the supervisors, those who cooked for them… The party was a great success: the joy and happiness of the children and their parents were palpable.

I would like to thank, following the children and their parents, all the people who helped us to organise this beautiful celebration. Organising and living this Christmas time with so many people is for me a moment of immense joy: it is an opportunity for me to fully live my charism as an DHS. 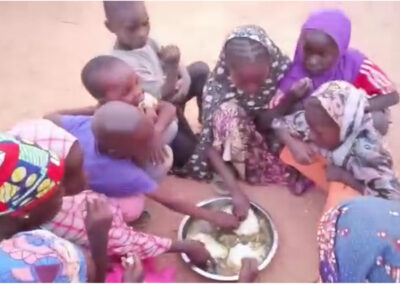 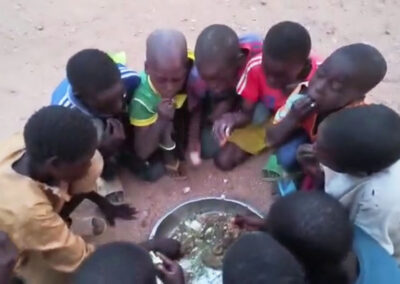 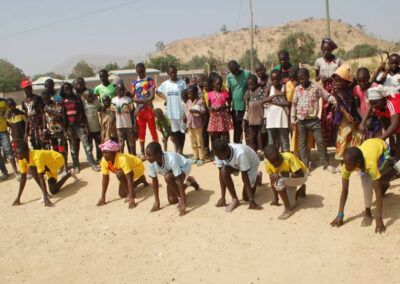 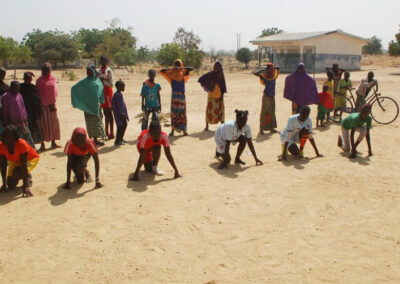 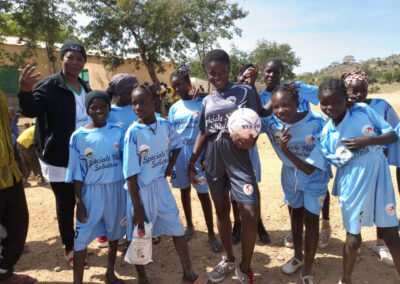 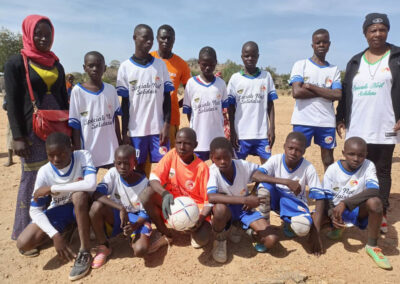