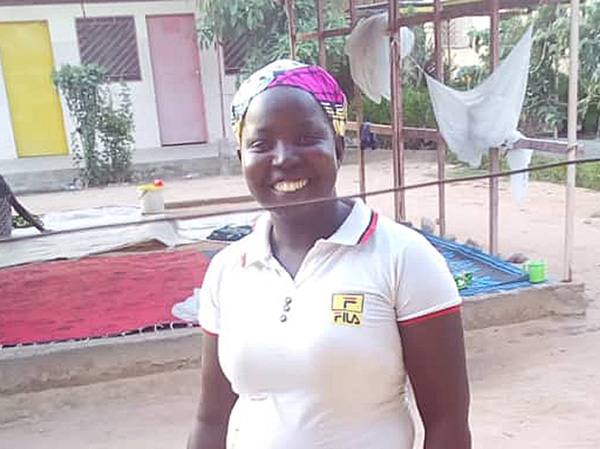 Julienne was born in a village about 1.5 km from Touloum, a town in the Far North region of Cameroon where the Daughters of the Holy Spirit run a Centre for the Promotion of Young Girls (CPJF).
From a polygamous family, she is the oldest child of her mother, her father’s first wife. Little Julienne had no health problems and attended public school normally… when, during recess in 2002 – she was 12 years old – she climbed a tree, fell and broke her jaw! This incident caused her to develop a mandibular tumour.

She received treatment in several Health centres, but without apparent success. Julienne dropped out of school and stayed at home to deal with her pain: her chin was infected, swollen and deformed. She is ashamed to be with children her own age and is increasingly lonely and isolated from everyone.

It was in 2010 that the Daughters of the Holy Spirit of Touloum discovered her during one of their pastoral visits. After several meetings with her and her family, the sisters decided to bring her to their home for a good follow-up, especially in terms of nutrition, and to put her, after analysis of her needs, in the ‘Fond Liliane’ programme. Julienne stayed with the sisters from 2011 to 2017. The ‘Fond Liliane’ having accepted her care, she underwent several surgeries and treatments, year after year, from 2012 to 2021, at the regional hospital of Yagoua (54 kms), Garoua (226 kms), at the district hospital of Pette and at the Norwegian hospital of N’Gaoundéré (501 kms).

To enable her to take care of herself, Julienne will benefit, from 2011 to 2013, from two years of training in sewing at the Centre de Promotion de la Jeune Fille de Touloum. To enable her to meet her needs and become financially independent, the Daughters of the Holy Spirit helped her to buy a sewing machine with a supplement of 20,000 francs from the ‘Fond Liliane’, in addition to the costs of these two years of CPIF.

In 2021 she will undergo another operation: her condition has improved and her tumour has been removed! Active, full of life, she is in good health despite frequent headaches.

Today, in addition to sewing, she works as a cook for the director of the Diocesan Hospital in Touloum. Very happy to have regained the normal shape of her jaw and face, she is independent and very fulfilled. She has remained connected with the Touloum DHS and considers them a second family. She is very grateful and indebted to them as much as to the ‘Liliane Fund’! 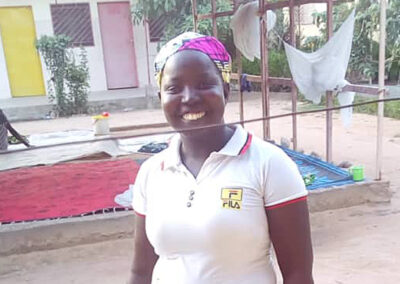 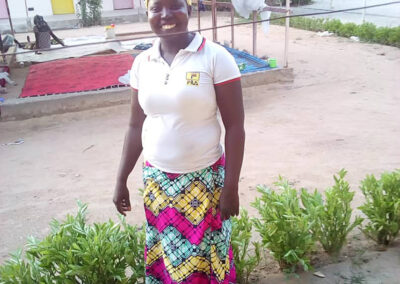 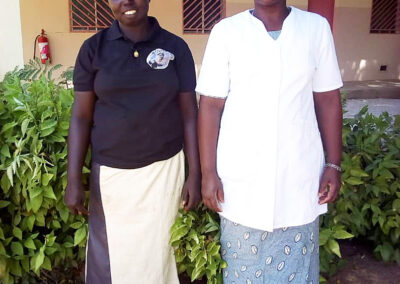